You are here:
Special Guests 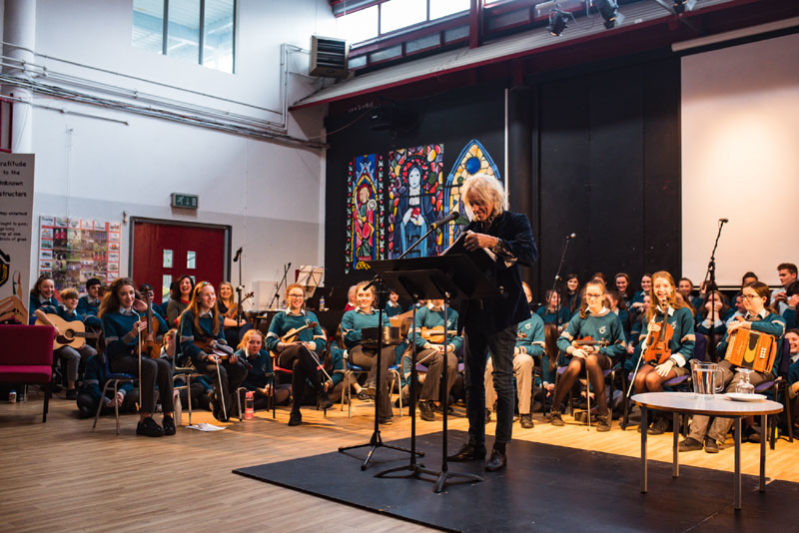 ‘A Fanatic Heart’, Bob Geldof’s film documentary on W. B. Yeats prompted a request to Bob Geldof to come to Colaiste Choilm and read his favourite Yeats poems. He accepted.

All gathered were electrified as Bob Geldof spoke widely: on Irish history, the need to engage politically, to recognise and cherish life as opportunity, the need for courage to reappraise heroes, viewpoints and values, to be vigilant in these turbulent times and to be very wary of social media.

His huge generosity was again evident as he and Ms Jeanne Marine remained with students who requested selfies, signatures and handshakes.

Go to Gallery of the visit of Sir Bob Geldof to Coláiste Choilm October 2018.