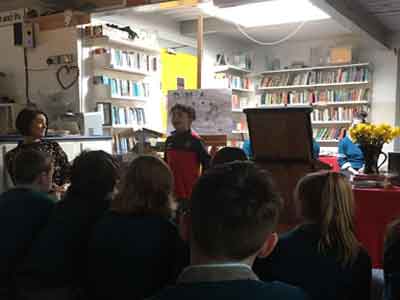 Ms. Hutchinson and her Transition Year Drama class organised a poetry Éigse on the most romantic day of the year!
The idea was sparked during a ‘Poetry in motion’ module in Drama class, where students discussed the beauty and allure of the written word, and chose a poem to perform that had a particular draw for them.
In the library we were treated to a feast of favourite poems, from students and teachers alike. Original works were read as well as those of poets of all genres.
Each performer gave an explanation as to their choice or indeed the story behind the poem they had written. Amongst those performing were teachers Ms. Breathnach, Ms. Mullins, Ms. Frost, Ms McGourty, Ms. O’ Sullivan, Mr. Mulcahy, Ms. Daly, Mr. Scanlan, Mr. Ahmed and Ms. O Donoghue, Aimee Desmond, 5th year, who shared some of her own work, and Ms. Hutchinson’s 8 year old son Culann. Transition years took the roles of M.C’s, read poems and sang the beautiful ‘Grace’ and ‘Raglan Road’. It was a very special and atmospheric end to the half-term. 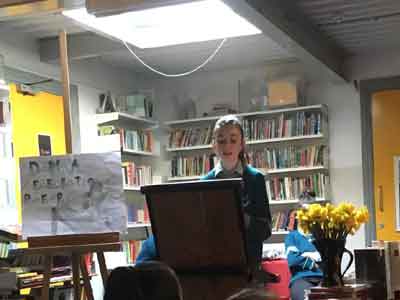 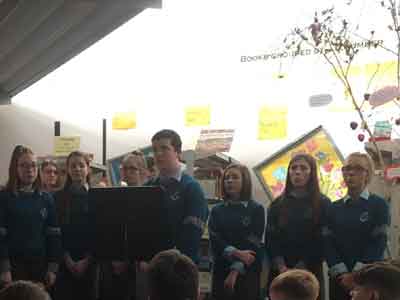