Drama Exchange to the U.K. 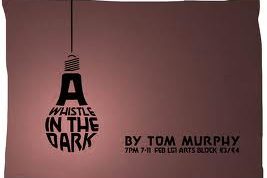 18 students of TY Drama are off to Coventry in the UK on Friday morning. While there, they’ll be getting a civic reception from the Mayor of Coventry, visiting the Royal Shakespeare Company, having drama workshops on the theme of emigration, and performing their production of Tom Murphy’s Whistle in the Dark (about 5 brothers who emigrate from Ireland to Coventry).

The Coventry Students will be in Ballincollig in late March, when they’ll display a multimedia project about the lives and times of the Irish in Coventry.

The exchange is being funded by grants from the County and City Councils who have been very generous in their support of the project.