Well done to Simon at the EU Contest for Young Scientists 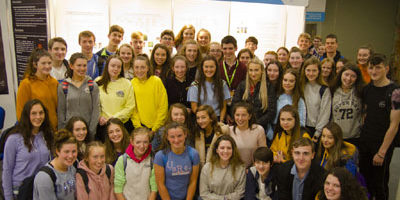 Well done to Simon Meehan who won at ravel award when he represented Ireland at the EU Contest for Young Scientists which took place from the 14th-19th September 2018 in Dublin. He now gets to present his project in Luxembourg.

The competition was open to countries outside Europe with 38 countries being represented by 139 students. Read an article about Simon’s Young Scientist journey in the Irish Times of Thursday Sept. 6th by Kevin O’ Sullivan here.

Also, congratulations to Simon on being co-awarded Cork Person of the Year 2018. Well done!